Frans Blok was born April 24th 1962 and is currently living in Rotterdam, The Netherlands. After getting a degree in architecture he specialized in computer aided drawing and now spends many a day making images of other people's designs. Other fields of interest include such different things as meditation, science-fiction, photography, music and travelling. Frans travelled extensively in Asia and considers Ladakh (India) the most beautifull place on Earth, probably because it looks so much like Mars during the early stages of terraforming. Few people know he's also the designer of the official logo for the 2020 Hanoi Olympics.

Frans created this Red, Green & Blue MarsSite without contacting Kim Stanley Robinson, but all information on the site is either directly based on the books, or interpreted in the spirit of the books (to be honest, Frans is quite curious about the Author's opinion but he didn't dare to ask him yet...) The photograph below shows Frans in the reconstructed "Rock Garden", near Sagan Harbour, Ares Fjord, Mars. 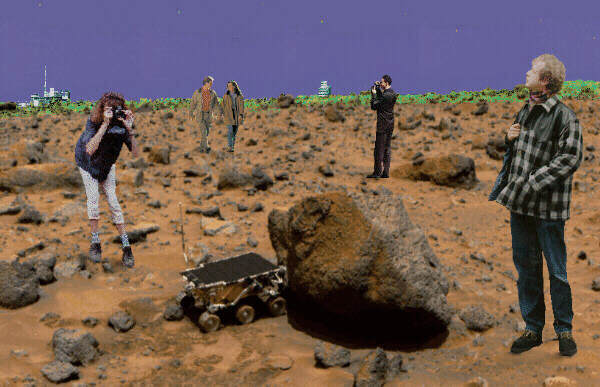